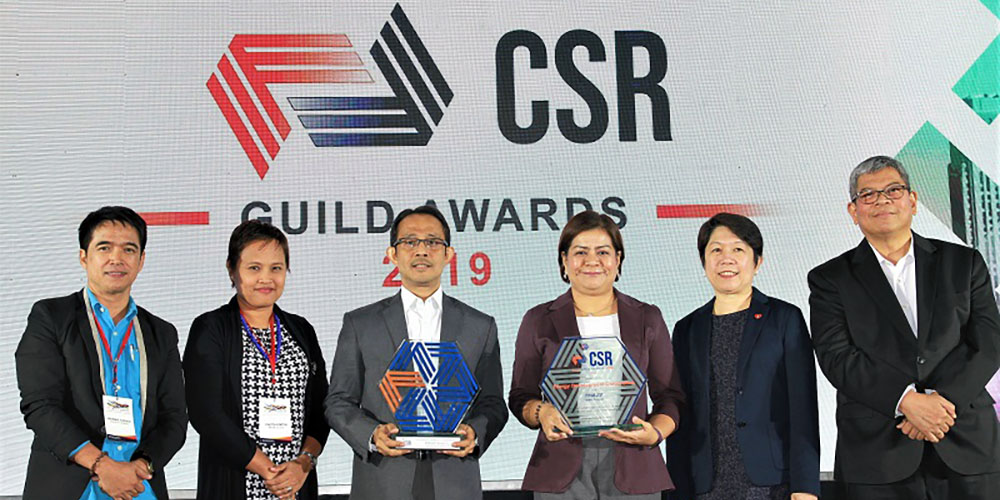 BINHI is the first corporate-led forest restoration program that has been bridging forest gaps and bringing back to abundance our threatened Philippine native trees.

“This recognition is a big honor for us because it comes from our peers who have their own laudable CSR programs as well,” said Atty. Allan V. Barcena, head of EDC’s CSR group.

Planting trees and growing them have been an integral part of sustaining the geothermal reservoir in EDC’s geothermal reservation for over 40 years. In 2008, the company launched BINHI to expand the program by using science in planting and rescuing threatened native trees.  A total of 96 threatened

native tree species have been prioritized for this search and rescue program as their numbers have been dwindling, with some even believed to be extinct.

In 2017, EDC finished locating, collecting these hardwood species and began propagating them in 2018 through its Vegetative Material Reproduction (VMR) technology, which mimics our forest’s natural environment in two automated nurseries located in the company’s geothermal facility in Valencia, Negros Oriental and in Antipolo, Metro Manila.  Moreover, around 9,323 hectares of forest land within and surrounding EDC project sites has been rehabilitated. This is equivalent to about 6.4 million seedlings planted all over the country in partnership with 109 farmers associations whose members are incentivized for helping EDC grow and maintain its BINHI areas.

EDC’s BINHI experience shows that, with the right combination of win-win strategies and partnerships, the triple bottom line of environmental, social, and economic transformation is attainable.

Another good example of successful strategic partnerships is the 10 Million Trees in 10 Years for a Greener Negros (10M in 10) project, one of the finalists in the 1st CSR Guild Awards’ Outstanding CSR Collaboration Project category. 10M in 10 is a movement that EDC initiated in 2015 to grow back the forests in Negros Island by planting, growing, and maintaining 10 million trees in 10 years. As of 2018, 10M in 10 has already planted over 6.2 million trees with the help of its 156 stakeholder partners.