Health is a condition that describes how effectively you are able to function. It changes with the circumstances of your life, and therefore, calls for modifications in your lifestyle; Wellness means optimal health and can be achieved or maintained with a positive approach to life. 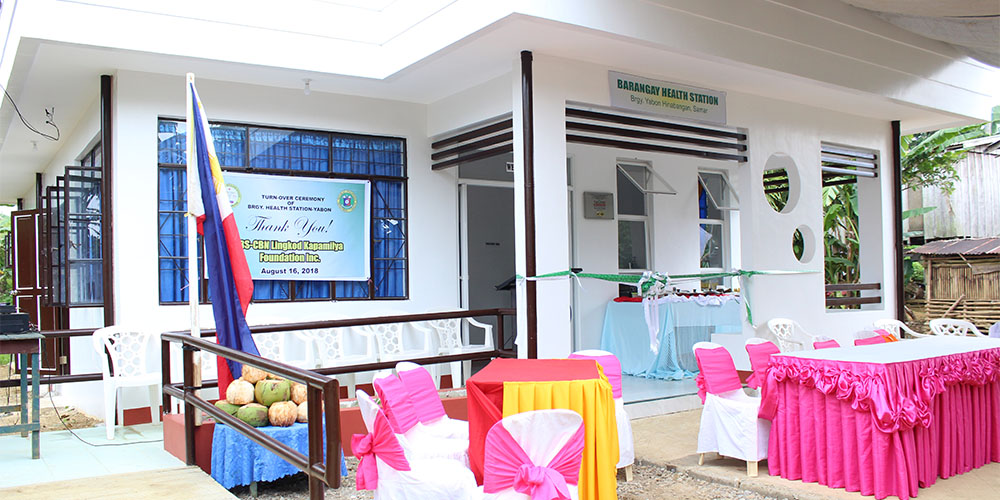 There’s something similar between Brgy. Yabon in the municipality of Hinabangan and Brgy. Malino in municipality of Jiabong in Samar. Aside from both are in one province, both do not have a clinic or a birthing facility.

Residents of both barangays need to travel around 45 minutes to an hour just to reach a birthing facility or the Rural Health Unit. Going to these places becomes harder because of unfinished roads and rough pavements. Transportation is also expensive as residents from Brgy. Yabon have to spend PHP75.00 ($1.40) to ride a habal – habal (single motorcycle), one way. It is risky for those who are pregnant. Some would just opt to walk for three to four hours.

According to Midwife Evelyn Abarracoso of Brgy. Yabon, they closely monitor the status of those who are pregnant because they do not have a birthing clinic. Once mothers are nearing their month of labor, they are required to go downtown and live with their relatives near the RHU.

“Dati, iyong mga walang-wala, mga hindi makapunta sa Rural Health Unit kung saan may birthing facility, naaabutan sa bahay ang panganganak. Ngayon kasi, pinatigil na ang pagpapaanak sa bahay kasi hindi natin alam ang komplikasyon. Hindi lang naman sa umpisa. May mga komplikasyon kasi during the labor mismo or after ng 24-hour post-partum,” Abarracoso said. (Before, those who have no means to go to the Rural Health Unit where there is a birthing facility, labor at home. Now, home deliveries are stopped because of the complications it may lead to. Complications are not just at the beginning. Some take place during the labor itself or after the 24-hour post-partum.)

She also shared that they used to give immunization shots for children in covered courts. The same story goes in Brgy. Malino in Jiabong.

To improve the situation, Operation Sagip recently turned over a Barangay Health Station with birthing facility in the two barangays. The medical and birthing equipment were also provided. The rooms are wide and well-lit, complete with electricity and water supply.